In these times of uncertainty in which the world is facing adversity as not seen before by our generation, we are confronted with many key life questions: what can we do some better things now, what are we leaving behind, how can we improve our environmental impact, can I really make a difference in this world in my lifetime and for my (future) and other´s children, can we stand united, will there be a WWIII, can I provide for my family… so many questions with little answers to find comfort in.

Younited Cultures stands for diversity, human rights, the right to free speech, equality, and migration in which we see great power for change. We stand for freedom, peace, for love.

We chose to tell a Ukrainian story this time to honor the struggles, the courage, and the unity behind Ukraine of so many countries in the world. We did not choose it to exploit these dark times, but to honor a country, a nation, a culture that from one day to the other woke up to war. 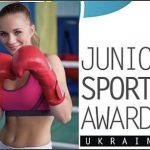 When I met Rimma, born in Alexandria, a young Ukrainian woman, I was impressed by her optimism and hope for Ukraine. A fighter herself, having been a Boxing and Karate champion for several years at the national and international levels, (she participated in the Olympic games in 2014), Rimma, formerly known as Angelina Bondarenko, had already had quite a bit of life experience. After ending her sports career at the age of 18, Rimma faced issues that athletes usually face: health problems, psychological problems, and so on. “For two years I practically did not leave the house, I tried to understand: who am I? And what to do next”?  At 20 she started providing for herself, working as a coach trainer, and stylist assistant, she created her own clothing brand and later worked as a massage therapist. But it didn’t feel right. It wasn’t what she was meant to be. She realized she wanted to become an actress and so she enrolled at the Ukrainian Film School. She studied there for a year until February 24th happened. “I was awakened and I heard explosions…” 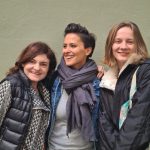 I was inspired by her will to stay strong, to stay healthy, to love, and to survive at a time when you don’t believe that your city is about to be bombed. She says: “In the bunker, all people familiar and unfamiliar – everyone began tosay hello, shared food, tea, warmth and wonderful stories of their lives. And you know what? These stories were about love! We were all in the same boat – we cried, we were afraid, we laughed, we sang, we hoped and we believed. We all lived together then, appreciated every night, every morning that we could wake up to again”.

With the help of a friend, she managed to leave Kyiv in March and come to Vienna. Her family is still in Ukraine and she hopes to see them in good health once it is safe to go home. In Vienna, she already learned English quite well and is now pursuing German as well, she has found a job as a sports coach and was able to find an apartment that she can make her home for now.

Rimma’s story is one of many which should be heard. But I hope that with this socks project many more will hear her story and get to know at least one Ukrainian that was able to find a welcoming country that she could call home in this time of need. All profits from the project will be donated to orphan Ukrainian children. “I don’t like to talk about my plans – I like to talk about actions. But right now I want to say that I would like to make a thing (socks for example) that could be sold, and send all the profits to charitable assistance to orphans who were left without parents due to the war in Ukraine”.

If you want your own pair of socks, support our project here, on Kickstarter.