I turned around the negative of me being a foreigner in Austria into something positive.
> 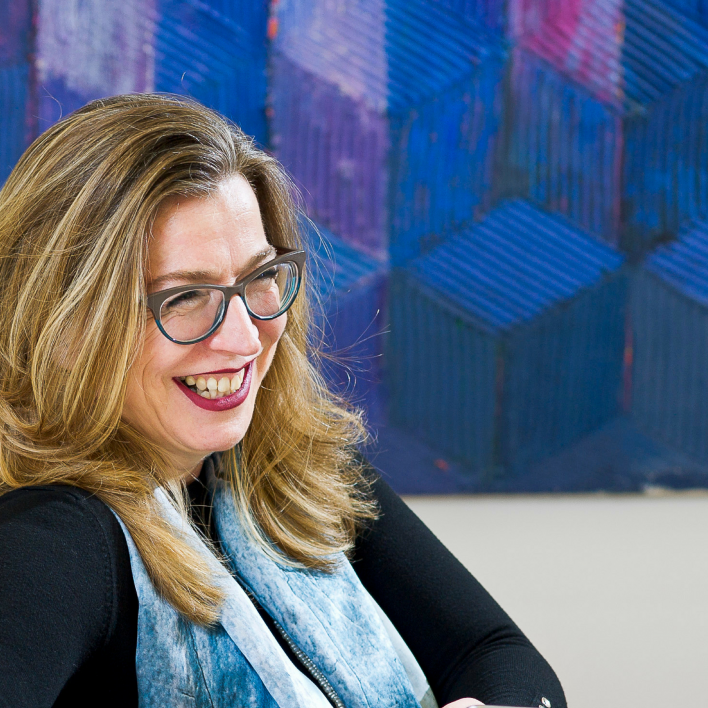 SELMA’S SUCCESS STORY in a nutshell

Selma Prodanovic, founder of Brainswork and 1MillionStartups, was Born in Sarajevo. After moving to Austria in 1991 she first worked in advertising, film production, and as a teacher. After having her two children, finding the right job was a challenge: a woman, a migrant, a mother- were too many variables for companies to hire her. Motivated to help others in a similar situation, she decided to bring her international experience under one roof and founded her own company to support start-ups in their process of becoming successful international businesses.

By today, Selma already helped 300+ start-ups, is co-founder of the Austrian Angel Investors Association, and is working on a European level to connect investors with new businesses. With her initiative 1MillionStartups she reaches out to entrepreneurs, investors and stakeholders alike to create an eco-system of cooperation for a better world.

“I chose this design to depict the inspiring development of Selma’s life journey in Austria. Photos taken in the soft rocks of Cappadocia, Turkey reminded me of one particular image, which mirrored her story.
The photo on the scarf depicts a tree rooted in the rocky settlement. It symbolizes the difficult conditions Selma found herself in and how she managed to develop a strong basis and even be a strong supporter of entrepreneurs against all odds, having no resources at her starting point. The highlighted line as part of the design represents her family, a vital part of her growth and of who she is today.” Designer Kathrine Batliner

Production
The scarf was printed on silk in Imst, Austria. The cutting and sewing of the scarf were realized in collaboration with the company DALLA, a small tailor workshop in Vienna. Andra and Iulia added the final details and packaging, ensuring high standards in quality and a sustainable regional production. 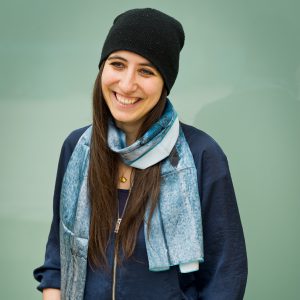 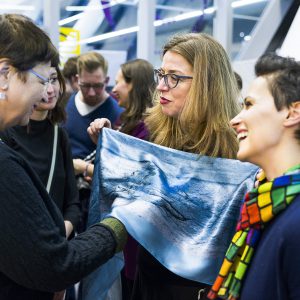