For the 6th of December, a day in which many cultures celebrate St Nicholaus, we interviewed some members of our immigrant community. Our friends took the chance to share their favourite rituals connected to this holiday. We invite you to read and enjoy their personal reflections and to share yours as well!

We get to share the good and the bad 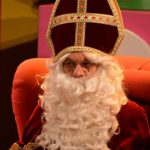 “One of my favourite parts about this holiday has always been gathering together as friends at someone’s house. We would wait for St Nicholaus, a dressed up actor, to come by. It started when we were small, but as we grew up we still do it as a yearly tradition. The idea was that we used the opportunity to share if we had been good or bad to this saint-person. But of course this St always seemed to know our behaviour better than ourselves. It was fun because we did it in front of friends, so everyone would laugh really hard when someone would oversell their achievements. We all knew that was a lie! And we would also clap cheerfully when someone actually had a great achievement in school or in sports. Even now, as grown-ups, we still gather and have someone dress up as St Nicholaus to come with sticks and sweets. Of course, it is all a bit theatrical, but we still get to share the good and the bad in the past year and have fun about it ”
Dorijan, Austrian from a croatian family

We received both a stick and sweets, so were we bad or good? 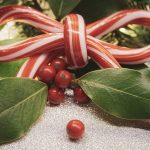 “In my home town St Nicholas was more of a familily holiday. I think each of us knew at least one or two people called Nicolae or Nicoleta, the Romanian versions of the name. So we used to hold name celebrations for them. This was very similar to birthday celebrations, meaning a lot of food and drinks, and also bringing presents for the celebrated person. As kids we were also supposed to clean our shoes the night before and place them in front of the door. In the morning we would get up and find them filled with fruits and sweets. But only if we had been good! Colorfully decorated sticks would await if we had been bad. But most of us would receive both, which was quite confusing, so mom or dad would need to explain what Nicholaus actually meant… Actually I remember there was a constant debate if you could receive more than just one stick yearly. A friend of mine actually got 5 sticks on a St Nicholaus day: apparently St Nicholaus had been travelling to his school, grandparents and parents and showed his disapproval everyhwere ”
Marina, German from a romanian family

We used to find sweets under our pillows for St Nicholaus 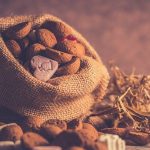 “Back home in Poland, in the northern side of the country, we were almost always going to bed really early on the 5th of December, in our freshly prepared beds. And the deal was, the cleaner the bed, the more sweets you would find under your pillow in the morning. I remember exactly that Nicholaus used to place the sweets right under my head, but when I was about 7 that changed and the sweets were placed in a box under the bed. Now I do the same for my kids and it’s really fun to see how they react, especially because they are now in a phase where they are scared of Krampus and we try to postpone celebrating that part of the day .”
Rob, Austrian from a polish family

The challenge was who had the better looking stick 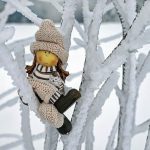 “We used to go for walks sometime on the 1st of December and collect sticks from the forest or the trees nearby. And then we would decorate them on the night of the 5th. the next day we competed with other kids at the church on who had the better looking stick. As we grew older, it became more about buying the better looking stick than about making it yourself. But what hasn’t changed is the family discussions if one has been good or bad .”
Alex, German from a serbian family

We hope you enjoy your holiday  season and don’t forget to share your own story with us here!